If you’d like to see the male version as well, we’ve written that article here. Check it out and see some handsome male golfers who are also the top in the world at the sport like Rickie Fowler and Jordan Spieth.

Resource: How to Break 70 in Golf – Practice Plan

Michelle Wie is an American Female golfer playing for LPGA Tour. She is one of the most favored golf players born in 1989 in Honolulu, Hawaii.

Her golf career started at a very young age, and she became the youngest player to qualify for USGA Amateur Championship at the age of 10.

She also became the youngest player to win the U.S Women’s Amateur public link and the youngest to qualify for LPGA Tour event.

Wie’s professional golf career started in 2005 in LPGA Tour. Her major win was at the 2014 Women’s U.S Open which sealed her reputation as one of the best women golfers.

Paula Creamer was born in 1986 in California, USA and is one of the most favored American sportspeople. Her golf career started as an amateur at the age of 10.

She won 13 consecutive regional junior tournaments in California and became a top-ranked female junior golfer. She won up to 19 titles in her amateur career.

Her professional career started in 2005 on the LPGA Tour. Since then, she has won 12 professional tournaments including 10 LPGA Tours.

Creamer was named LPGA Rookie of the Year in 2005. She also ranks as one of the 10 highest ranking female athletes in the world.

Born in California, the U.S in 1983, Gulbis is an American professional golfer and a model. She became interested in the game at a very young age and started playing golf 4 years.

Her success in golf is all thanks to her father who guided her through her career. She turned to professional golfing in 2001, and since then, she had done nothing but the best.

Blair O’Neal is a professional athlete from the United States born in 1981 at Macomb, Illinois. She is also a model with a gorgeous body with blue eyes.

She does her best in both golfing and modeling and thanks to her skills and motivation, she thrives well at both.

Her career in golf started at a very young age and thanks to her passion and love for the game, Lexi now holds a prestigious title of being the youngest female golfer to qualify for the US Open at the age of 12.

Lexi was born in 1995 at Florida, U.S and became a professional golfer at the age of 15. She joined LPGA in 2012, and since then, she has been doing nothing but the best.

Jessica Korda has thrived both in golf and modeling and is excellent at both. Born in 1993 in Florida, U.S, Jessica’s golf career started at the age of 8 with the influence of her parents.

She is ranked in 2017 ranking as a gorgeous model and a famous golfer and plays for LPGA Tour. Her first professional win took place in 2012 where she won the Women’s Australian Open.

Cristie Kerr is one of the wealthiest professional golfers in the world born in Miami, Florida in 1977. She began to play golf at a small age of 8 years and has since played her best to be on the list of top professional women golfers.

She won the Junior Orange Bowl International Golf Championship in 1995, and the win marked a perfect start for her golf career.

She turned to professional golfing after the win and had since won a total of 26 professional championship titles plus 19 LPGA Tour. In 2006, she won the LPGA Komen Award.

Born in 1987 in Derby, England, Melissa is one of the most popular female sports people. She is a professional golfer from England who started as an amateur golfer back in 2000.

She became a professional golfer in 2007 and participated in Ladies European Tour in 2008. She finished third in the Australian Open in the same year, and this marked her first notable success.

She won the Turkish Airline Ladies Open 2010 and had since won six professional tournaments. She was named the LET Rookie of the Year in 2008.

Sharmila Nicollet is an Indo French Professional golfer born in Bangalore in 1991. She has represented Indian golfer in many tournaments winning a total of seven Open Amateur tournaments.

She earned the title as the youngest lady golfer to win the All-India Ladies Amateur Championship in 2007-2008. She turned to professional golfing at the age of 18 years and became the youngest Indian lady golfer to qualify for Ladies European Tour.

She has accumulated up to 11 wins on the Women’s Golf Association of India. She became the youngest Indian golfer to qualify for a full tour card for the Ladies European Tour in 2012. 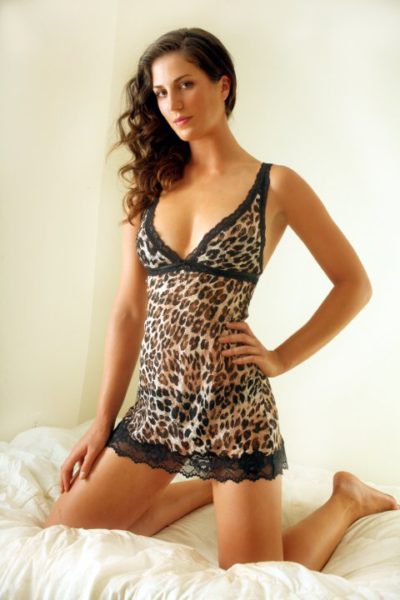 Sandra Gal is a well-known professional golf player from German. Born in 1985 at Dusseldorf, German, Sandra has a huge fan base thanks to her incredible skills and love for the game.

She developed an interest in golf at a very young age of six years and participated in her first competition at the age of 14. She turned to professional golfing in 2008 after she tied at 14th in the 2007 LPGA Final Qualifying Tournament.

Her father played a huge role in the formation of her career and thanks to him, Sandra has become a champion.

Christel is one of the sexiest and beautiful golfers in the world. She is a Dutch professional golfer born in 1987 in Beverwijk, Netherlands.

Her athlete life started as a field hockey player but later turned to golf. Her professional golf life began in 2009. She has won four professional tours in her golf career.

Her first professional win was the Turkish Airline Ladies Open in 2011.

She was born in 1988, and her golf career started as an amateur golfer where she won the British Ladies Amateur Golf Championship in 2006. She qualified to join LPGA Tour in 2011 as a rookie.

Mozo is also a golf beauty with a tummy as flat as a golf putter. She loves working out that’s no doubt the secret of her gorgeous body.

Charley is a young American professional golfer who has achieved a lot in golf at a very young age. Born in 1996, she became the youngest competitor in the international Solheim Cup. She became a champion in the European Circuit before 18 years in 2014. She also won the prestigious CME Group Championship Tour in 2016.

Woods is an American professional golf player. Her success in golf can be traced back to her amateur days with several wins. Among her wins in the Atlantic Coast Conference championship in 2011. She turned professional in 2012 and qualified for the 2012 U.S Women’s Open. She made her professional debut at the 2012 LPGA Championship. She is the sixth African-American to play on LPGA Tour.

Veronica developed an interest in golf and started playing at the age of 7 years after being influenced by her parents and sister. She won the Venezuelan Junior Stroke Play Championship in 2000-2002. She became a professional golfer in 2009 and played in Symetra tour recording three top-10 finishes between 2010 and 2011.

Holly is not only a pretty face; she also portrays very skillful traits in the golf course earning her a position in the list of top golf players. Her interest in becoming a professional golfer started since her childhood. She is working for Golf Channel and reporting everything about golf as well as interviewing several sports personalities.

Maria is a Russian professional golfer born in 1986. She is the first Russian National to qualify for full-time members of the Ladies European Tour. Her love and passion for golf have seen her go extra miles including qualifying for the 2016 Summer Olympics. She is also known for her shot of course record at 62 at the 4th round where she finished in a tie 16th position.

Ever wonder what the 15 best golf practice drills are?? Download the Drills!
Holler Box
Go to Top