Bunker Play for Beginners – How to Hit Out of Sand 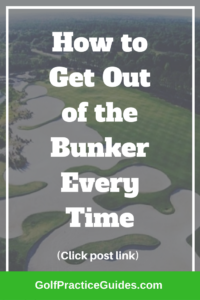 Do you struggle to hit out of the sand bunker during a golf round? Are bunkers hazardous to your score? Well don’t feel too bad because in case you didn’t know bunkers are technically considered a hazard along with water hazards as we mentioned in our Golf Rules 101 Tutorial.

Sand bunkers are a weakness for most golfers and rightfully so because we’re not used to hitting a golf ball off of sand. Becoming a skilled bunker player takes a lot of practice, solid technique, and a little bit of  luck.

But have no fear as today’s sand bunker play tutorial for beginners will hopefully build your confidence and help you improve your bunker play to get up and down for more par saves. Let’s get started.

The Fairway Bunker Tips for Beginners

Fairway bunkers are straight up annoying.

You get off the green from the previous hole happy to have made a par or birdie and as you step onto the tee box of the next hole you see these huge ugly fairway bunkers just waiting to snag your golf ball and ruin this hole for you.

And unfortunately, many beginners end up in these fairway bunkers. 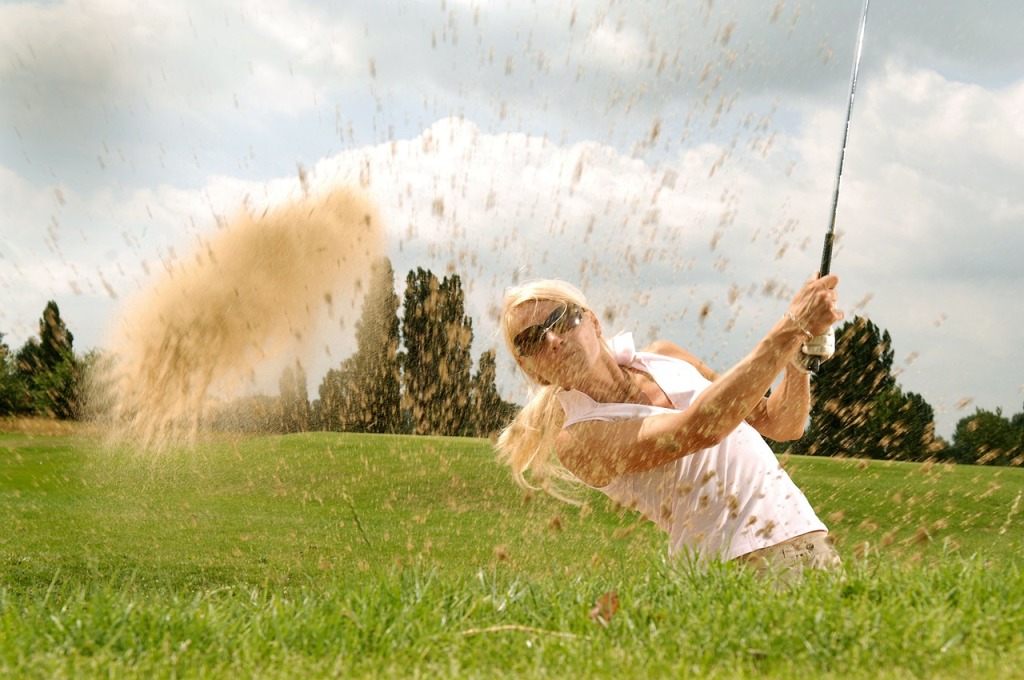 In the event that you get into a fairway bunker you need to learn the proper way to get out so that you can save your score and your mood from worsening.

Your main goal is to pick the ball clean. Easier said than done. If you don’t pick it clean and you dig some sand with you then you’re going to lose distance.

Since no one can truly pick it clean and it’s expected you’ll take some sand with you, we improvise and have you hit with extra club to make up for the lost distance sand may cause.

Step 1: Take one or two extra clubs (meaning instead of a 7 iron you use a 6 or 5 iron for distance security).

Step 2: Place the ball a little further back in your stance than normal.

Step 3: Dig your feet in a little so that your stance is solid and your lower body won’t slip or move during the swing.

Step 4: Take your normal swing but try to keep the lower body as still as possible. This means using mostly upper body and arms.

Moving the ball back in your stance some will help you to make better contact as you’ll make contact with the ball sooner and not dig a ton of sand beforehand.

Your arms should do most of the work while the lower body stays still because lower body movement can cause spinning and spinning leads to you chopping at the ball which is never good. It’s hard to get the ball out of the bunker if you chop at it.

Fairway bunkers are too difficult to get out off because you can treat it like a normal full swing you just have to put more emphasis on clean ball striking and not chunking or topping it. Hope these tips helped.

The Green Side Bunker

The green side bunker is the more commonly known bunker that people are referring to when they say “Dang, I’m in the bunker.”

Green side bunkers can range in all types of sizes and depths. Some are dug deep or way below green-level, forcing you to hit a sky ball to get out while others are more in tune to the green-level and a lower trajectory shot will do. 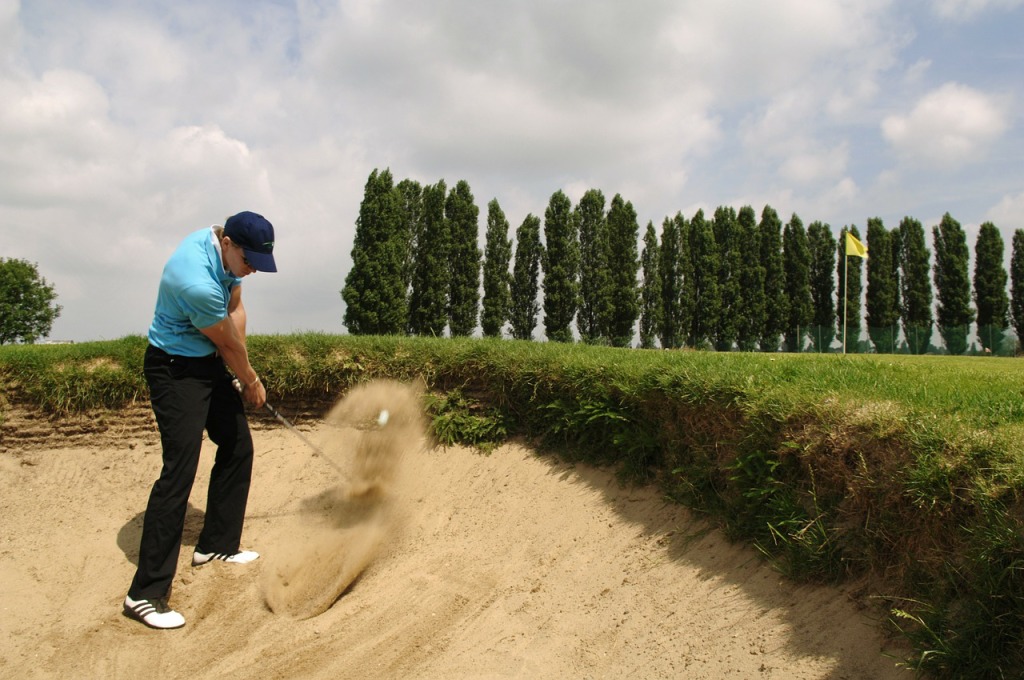 Getting up and down from bunkers is crucial to saving your score and increasing your pars per round. The average golfer ends up in a green side bunker at least a few times per round so if you can get up and down you’ll be able to save or shave 2-3 strokes right there from your current score.

Rory McIlroy, one of the best golfers in the world and currently ranked #1 in the Golf World Rankings, has a sand save percent of nearly 48%. If you can get that good out of the bunker to where you’re saving 1 out of every 2 attempts then you’re in good shape.

When we talk about “saving” we mean getting the ball up and down for par or better so you would probably need to hit your bunker shot within 5 feet of the hole to give yourself a good chance of making the putt and saving par or better.

For green side bunkers it will vary on technique based on the conditions you face but here is our general technique you can use if you’d like to work on your bunker play:

How to Escape the Bunker in Golf:

Step 1: Open your stance up. You can do this by pulling your lead leg/foot back from the stance line so that it opens your hips up more to face the target.

Step 2: Open your club face. For right handed golfers you will turn the grip and shaft to the right to open the face and for left handed golfers you’ll turn it left. You want the face open a substantial amount to where it’s almost pointing up to the clouds and sky above.

Step 3: Ball position should be more forward in your stance towards your left heel for right handers and right heel for lefties.

Step 4: Aim for a few inches behind the ball. Picture a vertical line drawn about two golf balls behind your golf ball.

Step 6: Follow through 100% after striking your target line 2 inches behind the ball.

Your job in bunkers next to the green is to just hit sand right behind your golf ball so that the sand throws your ball out of the bunker onto the green. Picking the ball clean in a green side bunker is a sure way to send it flying over the green on accident. Many golfers don’t understand this.

You want to hit sand and it’s okay so swing hard in a bunker.

A lot of times people play poor in the bunker because their afraid to swing with power and they decelerate into the ball in fear of it flying way over the green. This results in chopping and inconsistent results.

Next time your at the practice green that has practice bunkers, work on hitting into sand with power a few inches behind the ball and letting that sand throw your ball onto the green. Forget hitting club on ball. Thanks for reading.

If you would like more helpful tutorials we’ve created several others as part of our epic golf tutorial series. See a few of our best tutorials here: