The new 2019 Cobra King F9 Driver looks like the Ferrari of golf drivers with its sleek new yellow, black, and red design. It makes it easy to stand out in the design and looks department. 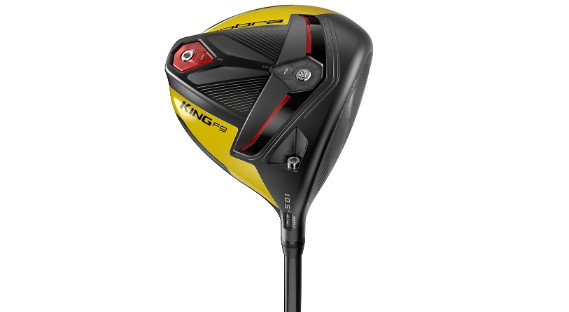 But performance is also very important to the Cobra brand and they’ve upgraded the F9 from the F8 to make it one of the best drivers on market.

Cobra asked golfers what they want in a driver and no surprise the top three answers were speed, accuracy and forgiveness. So Cobra designers worked hard on the F9 to generate more clubhead speed for increased distance while improving forgiveness.

To achieve these results, the seam has been rounded where the topline and crown meet together and the leading edge where the hitting area meets the sole has also been rounded.

This improved aerodynamics in addition to the aerodynamic trips that were added to the crown of the F9.

Engineers also drove down the center of gravity on the Cobra King F9 driver by using a larger carbon-fiber crown, which effectively shifts weight to the lower half of the club head.

This titanium face is CNC-milled which helps transfer energy better from the face to the ball to increase ball speed and thus increase your distances off the tee. How so?

Cobra uses a computer to properly shave tiny ribbons of material off the face. This allows them to control thickness in precise areas of the clubface to create a larger sweet spot and help off-center hits maintain more ball speed as compared to the F7 and F8 driver models.

Cobra works endlessly to perfect the curvature of the face as well from heel to toe (bulge) and from sole to crown (roll). The new F9 design features a top half that curves more than the bottom half of the club head.

This effectively reduces the spin on golf shots you hit higher into the air to help your drives achieve more roll and longer overall distances.

It also helps your golf shots you hit low on the face still achieve a higher launch angle to improve carry distances on these mis-hits.

Cobra spent time dialing in your ball’s flight by including a 14-gram and 2-gram weight in the King F9 driver head.

The heavier weight has been placed in the forward port to reduce spin and initial launch angle while the 2 gram weight in back helps boost spin rates and increase shot height.

You’ll also love the adjustable hosel in the King F9 Driver which is an eight setting MyFly8 system to help you fit the club to your playing style for better launch angles. You can adjust the loft by up to 2 degrees.

Today’s tech world has gone a step further with the creation of Arccos 360 technologies to add sensors to your golf clubs. Cobra did this as well by adding the Cobra Connect sensor into the grip.

It’s an Arccos-powered shot-tracking system embedded in the grip. It connects to a smartphone via Bluetooth, and with the use of a free app let’s players track their drives and store data for analysis. Check it out here. 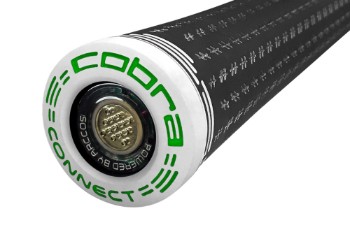 When Did the Cobra King F9 Driver Release?

The new 2019 Cobra King F9 Driver releases January 18, 2019. Many tour players got to test prototype models ahead of time but the average amateur golfer can pick up the driver in stores starting January 2019.

How Much Does the Cobra King F9 Driver Cost?

It will retail for $449. It comes with UST Mamiya Helium, Project X ATMOS, or HZRDUS Smoke golf shafts and the standard Cobra Connect Grip for tracking your drives on the app to improve your performance over time via data and analytics.

Compared to the TaylorMade M5 / M6 Driver and the Callaway Epic Flash, the Cobra King F9 driver is at a cheaper price point while still producing similar results off the tee in terms of distance, control, and forgiveness.

What Loft Degree Options will the Cobra F9 Driver Have?

If you struggle to launch the ball higher or have a tendency to hit lower on the face, then you’re best off with the 12 degree loft option which has improved curvature to help mis-hits still launch with height.