Today we review the top 10 hottest golfers, both men and women, which has some popular names you’ll recognize as well as some lesser known golfers, who also happen to be really good looking.

Each year we publish our review of the hottest & sexiest golfers on the professional tours. You can check out last years hottest female golfers article here.

Melissa Reid ranks top as one of the hottest professional female golfers of all time. Born in Derby, England, Reid’s golfing journey started as an amateur golfer in 2000 before turning into a professional golfer in 2007.

Her journey as a professional golfer began with the Ladies European Tour in 2008. She came third in Australian Tour the same year, marking her first success.

She has since won the LET tournament three times and played the Solheim Cup three times. Her wins have since earned her a name as LET Rookie of the Year 2008 and are ranked 12th on the money list.

Her fame, however, is not only because of how well she plays golf or how many wins she has. Some of her fans love her for her great looks. The star is so bubbly in the field and is not afraid to launch herself 10 feet in the air to get a great shot.

Read: How Much Money Do LPGA Golfers Make? 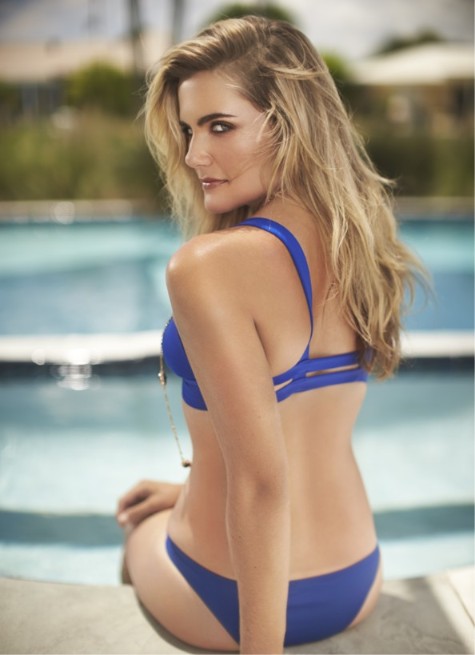 Born in 1995 in Florida, U.S., Alexis Lexi Thompson is the youngest women golfer to participate in the U.S Open grand slam for women, which she did at only 12 years of age. Lexi became interested in golf since her childhood and finally became a professional golfer at the age of 15 years.

Lexi set the record as the youngest-ever winner of the LPG tournament in 2011, and she is still in the list of the top-5 youngest LPGA major winners.

She is no longer a child, and apart from improving her golf skills, she also gains more attention from her fans thanks to her gorgeous body. She is also a beautiful American model and not afraid to show off her sexy legs while playing her favorite sport. 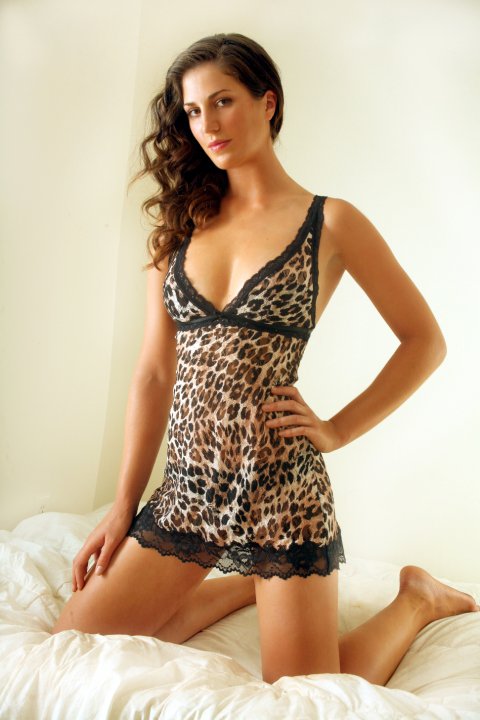 Thanks to her beauty and the gorgeous body, Sandra makes it on the list of the hottest female golf players. Born at Dusseldorf in German, Sandra has a huge fan base thanks to her skills in playing golf.

Sandra is 6′ in height, and this adds to her beauty. When she’s not in the course pulling out her best swing, she is probably turning heads at the clubhouse. She loves dancing, modeling, painting, designing and playing the violin.

Belen is a Spanish professional golfer born in 1988. She started her golf career as an amateur player where she won the British Ladies Amateur Golf Championship back in 2006. She became a professional golfer four years later and qualified to join the LPGA Tour as a rookie in 2011.

Apart from winning various golf competitions, it is evident that the beautiful player has also won heads of many fans thanks to her gorgeous body. Everybody loves a flat tummy. Belen Mozo beats even the top models with her tummy flatter than the face of a putter. To maintain her incredible body and stay fit for the game, Mozo is in love with the fitness and is always seen working out most of the time to maintain her body shape. 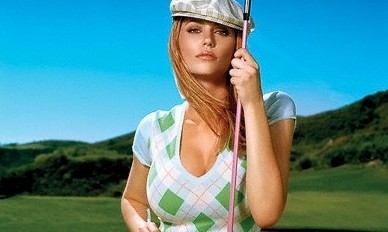 Apart from pulling off the best shots of all time, Sharma is also a model, and this explains more about her beauty and gorgeous body. Natalie is not afraid to go extra miles to show her beauty to the world even when it means stripping naked for a painting shoot. 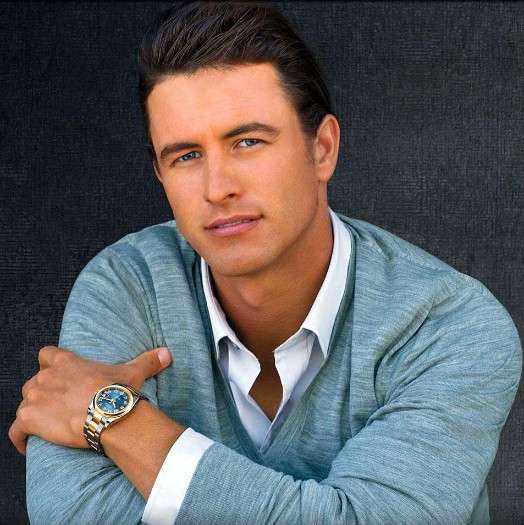 Adam Scott, the Australian star, is indeed a darling to many fans thanks to his remarkable golf skills and the passion he has for the game. Since he joined PGA back in 2003, he has collected up to 13 wins in the PGA tour, as well as 10 wins on the European Tour.

While some winners get Masters out of mere luck, winning the Masters for Scott was not a surprise at all; he had all the winning potential. Scott has won up to 29 major tournaments around the worlds. His consistency and experience still make him the most competitive golf player and more are expected to come his way. 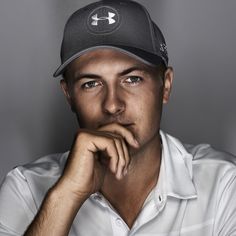 Jordan Spieth takes space in this ranking as one of the top male golfers of all time. His golf journey can be traced back to his family which mainly consists of athletes from his mother, father and even siblings. Born in 1993 at Dallas, Texas, Spieth is an American professional golfer on the PGA Tour.

Apart from playing golf, Jordan is also a charitable person who believes in serving and giving. His, foundation, Jordan Spieth Family Foundation, gives him the opportunity to offer his time, help create awareness and offer financial support for needy children, junior golf and military support. 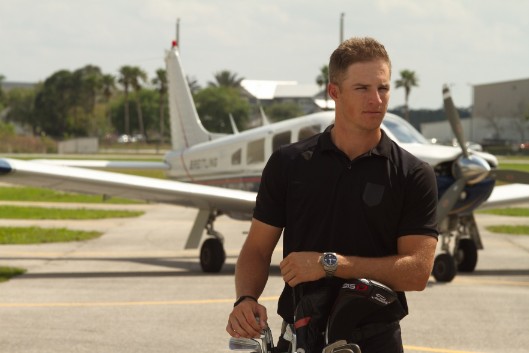 Born in 1989 and raised in Wyckoff, New Jersey, Hoffman is a great American Golf player. His professional golf journey started after he won the New Jersey State championship for two consecutive times. He relocated to International Junior Golf Academy to take advantage of the free training sessions as well as experience the warm weather.

He turned his golf into a professional sport back in 2010 after winning the 2010 U.S Open. Later in 2012, he qualified for his first professional major at the 2012 U.S Open finishing in a tie for 29th. Hoffman became 19th in the money list after playing 13 events which won him a promotion to the PAG Tour. He achieved his highest finish T2, in his golf career at the Honda Classic.

Unfortunately, in December 2017, facioscapulohumeral muscular dystrophy diagnosis threatened his golf career. Hoffman received unshaken support from his friends, fellow pro golfers as well as the public and returned to PGA Tour happy and graceful after winning the battle. 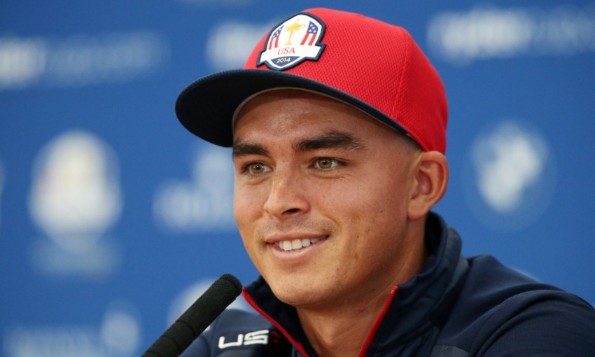 Born in 1988 at Murrieta, California, U.S, Rickie Fowler is one of the best male golfers. Being a professional American Golfer who plays in the PGA Tour, he indeed deserves a name as one of the best golfers. Rickie was ranked number one amateur golfer for 37 weeks in 2007 and 2008.

During his 8 year period in PGA Tour, Fawler has collected four wins including 2012 Wells Fargo Championship, 2015 Deutsche Bank Championship, 2015 players and the 2017 Honda Classic where he was only one stroke off the tournament’s scoring record at PGA National. He also holds two European Tour wins. All her skills and passion for the game opens more doors for the golfer’s future success.

If you hear the name Jamie Dornan, the first thing to ring in your mind is a film star, a celebrity best known for his role in the hit film, “Fifty Shades of Grey”.

While his fans know him better as an actor, Dornan also portrays excellent skills in the golf course earning him a position as one of the top men golfers.

One of his best moments that put him in the fans memory as a golfer is his fantastic finish to the first round in 2017’s event.

Dornan is an amateur golfer as he concentrates more on acting. His love for golfing enables him to pull out some great shots portraying him as one of the most skilled male golf players.

Being a well-recognized celebrity, Jamie Dornan doesn’t leave anything to chance including dressing up well for the golf course and teaching her fans how to dress the part.