Longest Golf Drive Ever in the History of Golf

If you had to guess what the longest golf drive in history is, how far would you guess in yards? Today’s answer may shock you.

So why are golfer’s hitting the ball further and further in today’s world?

It starts with major advances in technology. But we can also give credit to the physical fitness of players which has surely helped golf balls travel further than ever.

In 1992, only two players were recorded as hitting drives over 300 yards while it is almost considered routine nowadays. Big hitters like Dustin Johnson and Rory McIlroy smash long drives 300+ yards almost every tee shot on the PGA Tour. 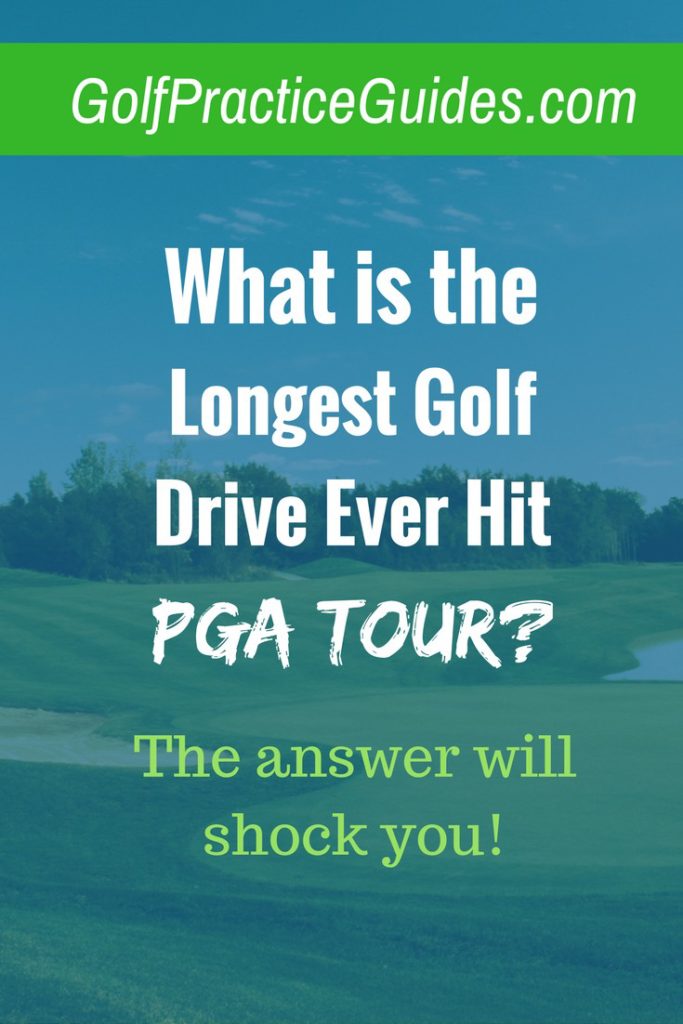 What is the longest golf drive recorded during competition play?

The answer may shock you as the record was set way back in the 1970’s by a 64-year-old golfer, Mike Autin.

Playing at the Winterwood Golf Course in Las Vegas, Austin hit a 515-yard drive that has since been unsurpassed by anyone in the world.

The fact that he did it with a steel shafted persimmon wood driver using a Balata ball makes it all the more extraordinary.

In the Modern era, Davis Love III hit a 476-yard monster drive on the 18th hole of the Plantation Course in Kapalua, Maui. This was recently exceeded as Dustin Johnson hit a 489 yard drive 13 yards longer than the longest driver ever hit in the shotlink era.

Of course, hitting the longest golf drive does not mean that you are going to win most often. In fact, most golf fans would be well aware of the fact that while hitting a significant distance from the Tee is an advantage, winning a tournament often comes down to the short game.

What is the swing speed for the long ball hitters?

There are many aspects that go into hitting a golf ball as far as you possibly can. Having the right equipment, perfecting the swing technique and being in peak physical condition are all among them.

But there is one thing that has an immediate impact on the amount of distance the ball will travel: Golf Swing Speed

Read: How to Hit Your Irons Further

Sensors, ball tracking and a wealth of data have come to the conclusion that seemed to be common knowledge in the first place. Swing Speed is directly co-related to the distance you get off the tee.

These are phenomenal numbers and it is no surprise that most of the names at the top of this list are also among the longest hitters on the PGA tour.

Less specific numbers are available for the LPGA tour, however, the swing speeds for their longest hitters range around the 104-106 mph mark.

With today’s technology you can find out your golf swing speed by using the Trackman as well as data like launch angle and backspin which will impact total distance of your golf drives as well.

Who are the longest ball hitters on the PGA Tour?

The longest ball hitter or ‘the bombers’ on the PGA tour include some of the biggest names in Golf. No surprise then that world number 1 Dustin Johnson is currently ranked 1 for Driving distance with an average of 312 yards.

The numbers for the women are very impressive considering they are averaging just about the average amateur male golf player in swing speed but hitting the ball much further. This probably has to do with hitting the sweet spot on the golf club much more consistently.

This shows that a change in technique, training methods, and equipment probably led that sudden spurt in driving distances before they started to stabilize once again.

If you ever wondered how much of a difference exists between the average golfer and the pros when it comes to hitting the longest golf drive then we have the numbers for you.

According to Trackman statistics, the average swing speed for the amateur male golfer (handicap of 14-15) is about 93.4 mph and the average distance they get off the tee is about 214 yards.

This is less than the PGA Tour hitters who swing at roughly 115 mph and average a distance of 290 yards.