Mizuno is set to release their new ST190 Driver to the public in 2019. It will be the best driver Mizuno has made to date and will see it grow in popularity on the different professional golf tours.

As soon as it hit the USGA conforming driver list, it was in the hands of tour players a few days later. There has been positive feedback from those who’ve tested it so far and below we will get into the tech and specs of this golf driver.

You can decide if it’s worthy of placing on your watch list of drivers being released in 2019. Other golf drivers launching in 2019 include Callaway’s Epic Flash, TaylorMade’s M5 / M6, and Ping’s 410 Series. 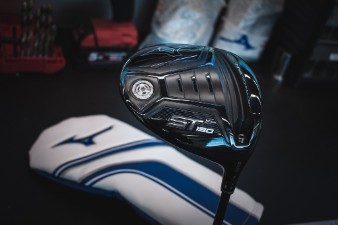 What’s to Like About the Mizuno ST190 Golf Driver?

For starters, they’ve gotten rid of the blue color and gone for more of a black color design. And while the ST180 had some sweet technology, expect the new Mizuno ST190 golf driver to have a simpler technology set up.

The face will be a SP700 CORETECH which Mizuno says can help create varying thickness in the face to help promote more consistent ball speed.

We’ve seen this done in TaylorMade and Callaway drivers as well using computer technology to go through thousands of iterations until the right combination of face thickness is discovered.

More consistent ball speeds across the face is beneficial for golfers who struggle with mis-hits and lose distance typically. 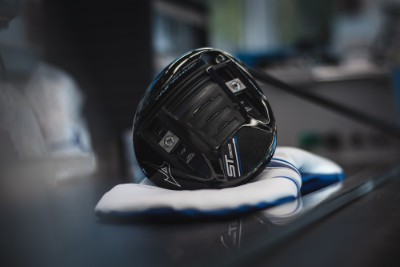 The sole will include WAVE Technology and the hosel will be where the driver face is adjustable, with + / – of 2 degrees loft.

Mizuno will once again include its Fast Track technology in the ST190 but will modify some design aspects. For example, the slider that allowed face angle adjust is gone in this new driver to help engineer weight and performance improvements elsewhere in the driver.

Mizuno has also removed the centrally located 4-position fast track. This takes weight out of the middle of the head.

To off set for this, Mizuno extended the perimeter tracks to allow for three positions instead of two as seen in the GT180. The goal is to increase the MOI without reducing the ability to push center of gravity forward.

Golfers who like lower launch and spin angles will appreciate this adjustability Mizuno is trying to preserve.