In 2020, TaylorMade launched the first model of the SIM Driver which we called the SIM 1, and they’re back at it again a year later with the TaylorMade SIM 2 Driver.

The SIM 2 Driver will launch February 19, 2021 so get prepared as this driver is packed with new features and improved technology to help your performance on the tee.

To get started, let’s discuss the design aspect of the SIM2 Driver. TaylorMade broke down each part of the driver individually to work on making improvements across all parts; face, sole, crown, skirt.

As a result, TaylorMade believes that combining all these improvements together, has resulted in whole, a better golf club than a year prior when they launched the SIM 1. 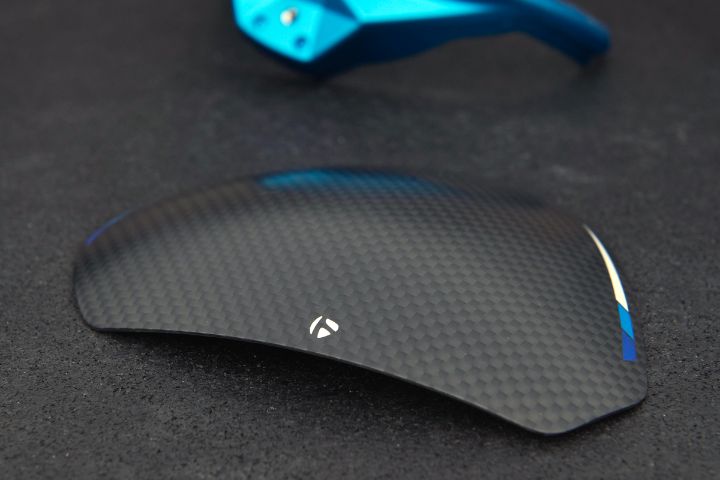 Starting with the Crown, TaylorMade made improvements by pulling the crown more into the heel side. It’s still made of carbon fiber but the SIM2 crown is black unlike the SIM1 which was gray carbon fiber.

TaylorMade elected to use three-ply carbon fiber for the sole which enhances the durability so the driver can withstand the beating it’s going to take from the intense swings golfers are going to put it through.

The TaylorMade logo is positioned just outside the sole’s wear zone, making it more likely to remain clean and undamaged. 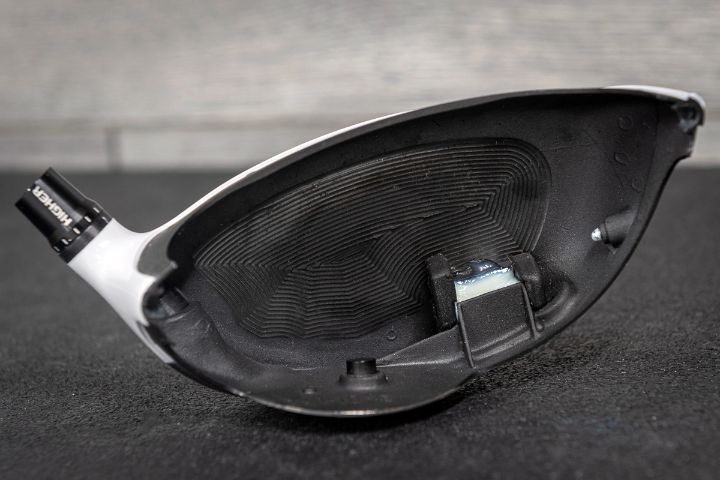 The Face of the SIM 2 Driver is made entirely from a single piece of titanium. The components of the face include; face, ledges for the crown and sole, cut-through slot, front swingweight port, hosel.

TaylorMade also uses a CNC Milled Face Design which occurs inside of the face, unlike Cobra who does the milling on the outside.

This gives you, the golfer, more speed over a larger portion of the driver’s clubface.

Take a look at the photo above and you can see the milled grooves that were created on the face from inside of the club.

TaylorMade added milling to the high probability areas that golfers make contact, to enhance the overall sweet-spot and help golfers make better contact and maintain better speed across the club face in these typical strike zones. 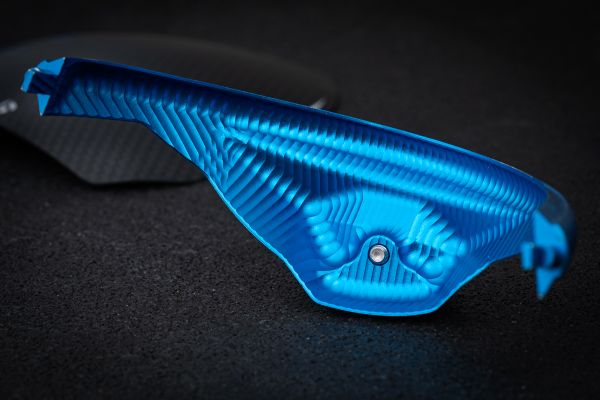 The shift to a forged aluminum ring, saves weight that normally would be heavier if titanium had been used for this section of the golf club.

TaylorMade says this aluminum is 40% lighter than the typical carbon fiber and more durable.

The speed injection port is where TaylorMade adds material (goo) to slow the driver down to meet USGA standards, since TaylorMade starts off making the driver super fast (passing the legal limits of the USDA) and then working it backwards to within the limits.

If you’re familiar with TaylorMade Drivers, they are almost always designed with moveable weights on the sole that can be adjusted to tune your driver for improved face angle to ball relation if you leave the face open or shut at impact.

However, the SIM 2 driver does not have moveable weights as TaylorMade had to sacrifice this to ensure proper CNC milling of the face, specifically, the lower portion of the face that would have interfered with the weight track.

Despite not being able to adjust the moveable weights, you can still make adjustments with picking the correct shaft and adjusting the hosel of the driver to cover any tweaks for drawing, fading, ball height, etc.

The SIM 1 driver was already one of the lowest spin drivers on the market and this will likely be the case with the SIM 2 as well.

They achieved this by anchoring the 16 gram steel weight to the back of the club head, increasing the MOI by 9 percent.

While speed was the main design with the driver, TaylorMade also focused on forgiveness by enlarging the driver face 12 percent. This gives a little extra buffer for error on mishits.

Concluding Review Thoughts for the SIM 2

Overall, the SIM 2 is fast and is aesthetically pleasing to the eye with a blue and black design, featuring carbon fiber and a CNC milled face with speed injection port in back.

It has low spin and gives some forgiveness but won’t be the most forgiving driver.

Remember to order yours on the February 19, 2021 launch date for the SIM 2 driver by TaylorMade!