Women’s golf has a long history, although it might not be as long that of men’s golf. There has been plenty of great female golfers throughout its history.

Ranking the top female golfers may trigger some heated debates, with some questioning the ranking and her place in the top 20 list. Each generation offers a new depth of competitiveness so it can be truly difficult to rank them.

Still, we have taken on the challenge.

The ranks are based on the number of their LPGA victories, major championships won, achievements, and more. Bearing all these in mind, here are the top 20 best women golfers in history.

Resource: Download my How to Break 80 Golf Practice Routine

Born on June 4, 1943, Sandra Haynie was a professional golfer. Her golfing career started in 1961. She started to play golf professionally and joined LPGA when she was just 18 years old.

Sandra won her first major championship a year later. Sandra finished in the top ten on the money list every year for over twelve years (1963 – 1975). On her last tour in 1982, she placed second in terms of earnings on the money list. 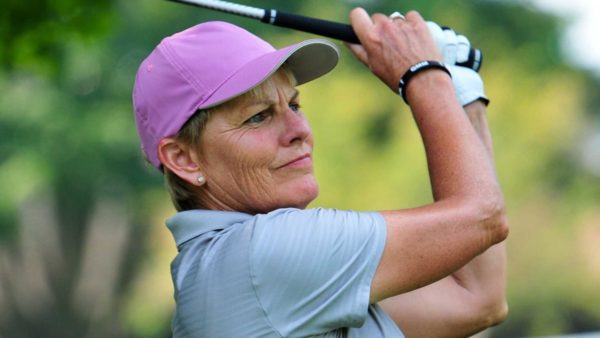 A US-based Mexican Professional golfer, Lorena Ochoa started her LPGA career in 2003. A legend in the golfing world, Lorena was named the top female golfer in the world for 158 consecutive weeks on the LPGA tour records.

A week later after her victory, she won again with just eleven strokes in Mexico. Lorena retired in 2010 when she was 28 years old.

Her career may be short but she has been an LPGA Player of the Year four times and stayed at the top of the money list for 3 consecutive seasons (2006 – 2008). 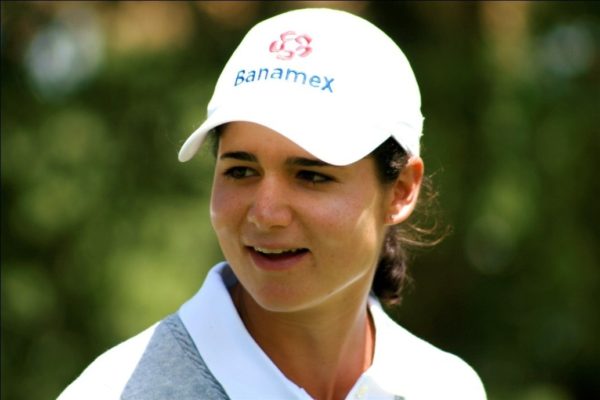 After four years of playing professionally, she enjoyed a breakthrough in 1991 when she bagged four victories. Two of these were major championships.

She placed in the top ten of the money list, her highest being second place in 1991. She also won eighteen events while on tour. 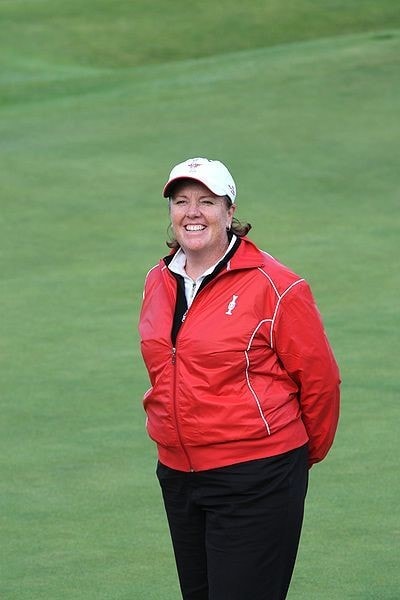 Betsy Rawls was born on May 4, 1928. This former professional golfer won eight major championships and fifty-five LPGA victories. She joined the professional golfing world in 1951 and bagged her first tournament in the same year.

She was also awarded the LPGA Vare Trophy for scoring the lowest average. Betsy also placed first in the money list twice (1952 and 1959) and placed in the top ten nine times.

She’s also one of the pioneers of the LPGA Hall of Fame. 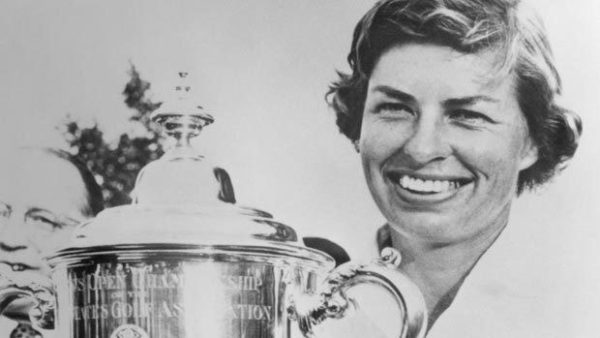 Beth Daniel won one major championship and thirty-three LPGA victories. This American golfer was born on October 14, 1956, and joined the professional golfing world in 1979.

She won the Rookie of the Year award in the Patty Berg Classic when she was twenty-three years old. She won thirteen tournaments and was awarded in the LPGA Tour of Year in 1980.

Beth is also the second golfer to score an average below 71.00. Daniel won the Canadian open in 2003 at forty-six years old, making her the oldest winner in history.

Read: How Much Do Women Golfers Make? 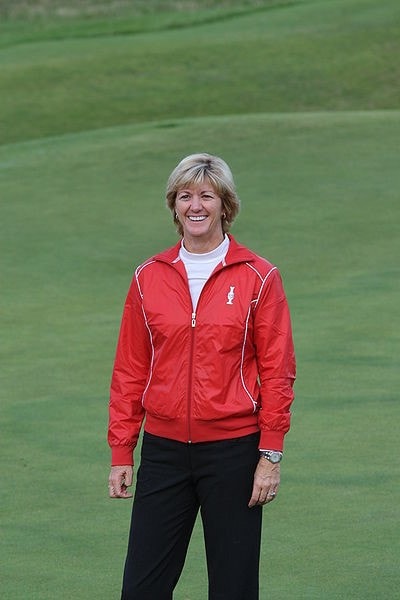 On the same year she joined the LPGA, she won two major championships. Furthermore, at that time, she was the only Korean on tour.

Just ten years after, there were over forty-five Koreans in the LPGA tour. She qualified for the World Golf Hall of Fame at twenty-nine years old, the youngest one in history. 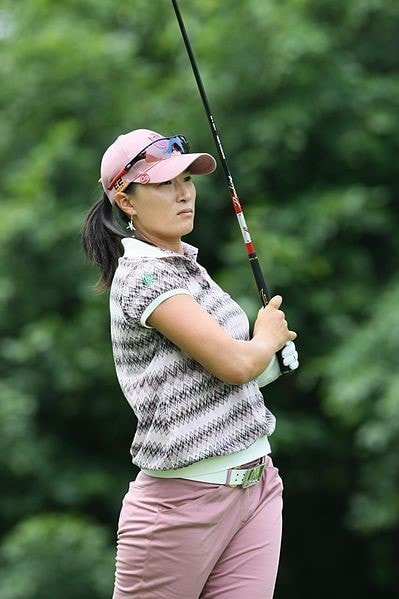 Born on February 22, 1956, Amy Alcott is a course designer and a professional golfer. She joined the LPGA when she was just eighteen years old in 1975 where she won Rookie of the Year.

Other than winning four tournaments she also received the LPGA Vare Trophy for scoring the lowest average. 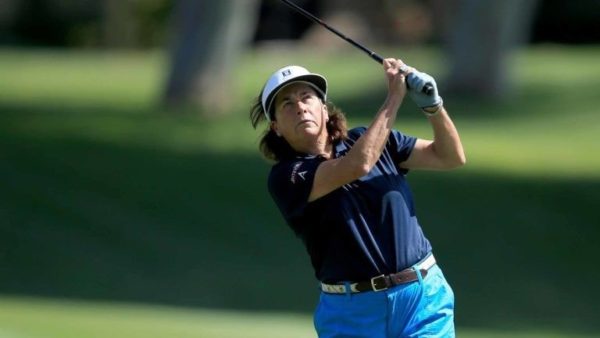 Juli is an American Professional golfer. She was born on June 24, 1960. She joined the professional golfing scene in 1983. Credited with having one of the longest golfing careers, she has been playing golf for over thirty-five years now.

A member of the World Golf Hall of Fame, Juli is the only golfer in the Tour’s history to win two major championships in 3 successive decades.

In 2019, this year, she will serve as the team captain for the third time at the US Solheim Cup. 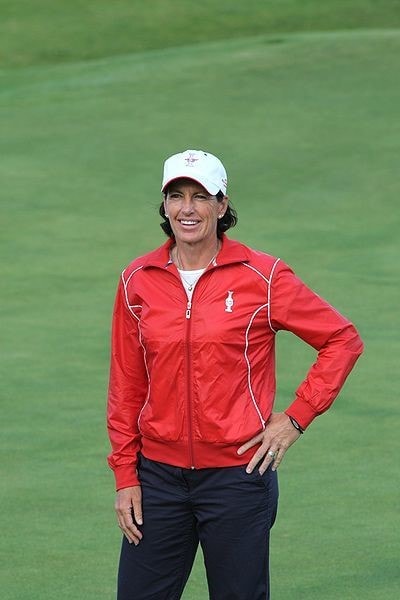 One of the founders of LPGA Tour, Louise Suggs was born on September 7, 1923. She joined the professional golfing scene in 1948 and won fifty-eight tournaments and eleven majors.

Her prowess in golfing was proven by the fact that she was out of the top three in the money list only once from 1950 to 1960.

Louise was one of the first inductees in LPGA Tour Hall of Fame in 1967. Twelve years after, in 1979, Suggs was inducted into the World Golf Hall of Fame. 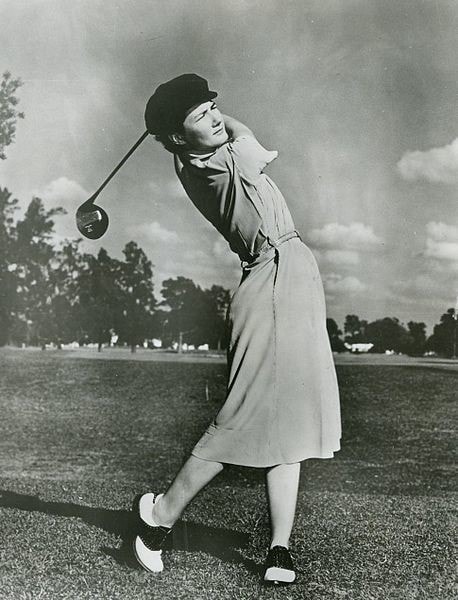 Patty’s excellent professional golf career started when she was awarded as the Rookie of the Year in 1981 when she bagged her first victory in the Mazda Japan Classic.

In 1992, Sheehan made a mark in golf history. She became the first woman to win the Women’s British Open and US Women’s Open in the same season.

Patricia “Patty” Jane Berg was born on February 13, 1918. She began her professional career in 1940 and was one of LPGA’s founding members. This great woman holds the record of most majors won.

However, by 1941, Patty got into an accident that injured her knee and ended her golfing career temporarily.

She served as a lieutenant in 1942 to 1947 and went back to the world of golfing in 1943 even while serving as a lieutenant. On her return, she won the Women’s Western Open and the inaugural US Women’s Open. 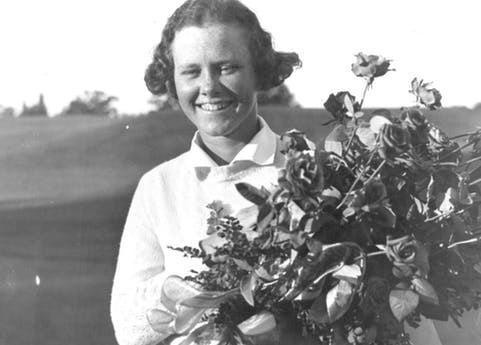 1978 was her breakout year, she won 3 times. In total, Pat was able to bag 31 tournament victories in LPGA Tours.

She was also the third woman to finish the LPGA Career Grand Slam, just after Louise Suggs and Mickey Wright. 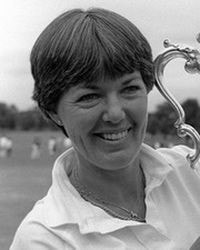 After her first victory, she won at least once in every LPGA event in a span of eleven succeeding seasons. Her high tide came in 1989 where she won six times.

Along with that, Betsy was awarded as the Player of the Year and Top of the Money List thrice, plus, she scored titles twice. Betsy King’s last LPGA victory was in 2001.

Born on December 21, 1974, this Australian golfer joined the professional golf scene in 1994.

By the following year, she became the youngest golfer to win Weetabix Women’s British Open and was named the European Rookie of the Year.

In 1996, she was finally qualified to join the LPGA Tour and won her first tournament. On the same year, Webb was also awarded as the Rookie of the Year.

Plus in that same season, she became the first ever LPGA player to reach the one million dollar mark in just one season which made her the top on the money list.

Her last LPGA victory date was in 2014 on the JTBC Founders Cup. 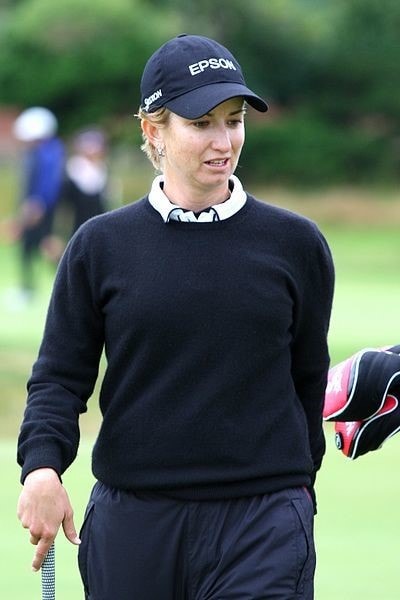 Known as the Big Mama, JoAnne was born on April 4, 1939. JoAnne is the only woman to win the US Girl’s Junior, having stayed an amateur golfer until she was thirty years old.

JoAnne was also the first person to hold three USGA titles, Tiger Woods being her only equivalent.

Winning the Women’s US Open was a breeze for her. JoAnne finished seven shots less than her opponent. She was also the second woman to reach the one million dollar mark.

Having an exceptionally long career, at the age of 65, she became the oldest player to join the LPGA Tour. 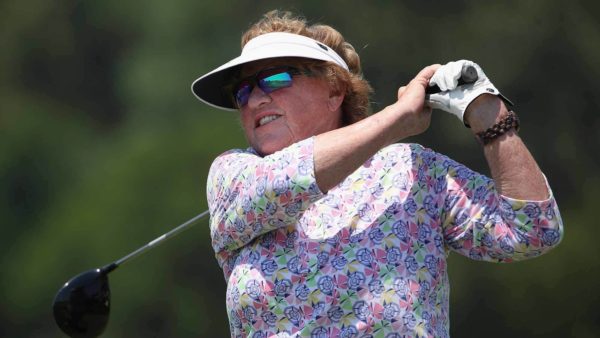 This American professional golfer was born on January 6, 1957. She joined the LPGA Tour in 1978. Her first season was remarkable. She came out victorious nine times and even won a major.

What’s more, Nancy was named LPGA Player of the Year, Rookie of Year, and awarded with the Vare Trophy, all in the same year.

Her career has seen pauses, but her winning streak did not wane. She continued to have multiple wins and was named Player of the Year again in 1988. 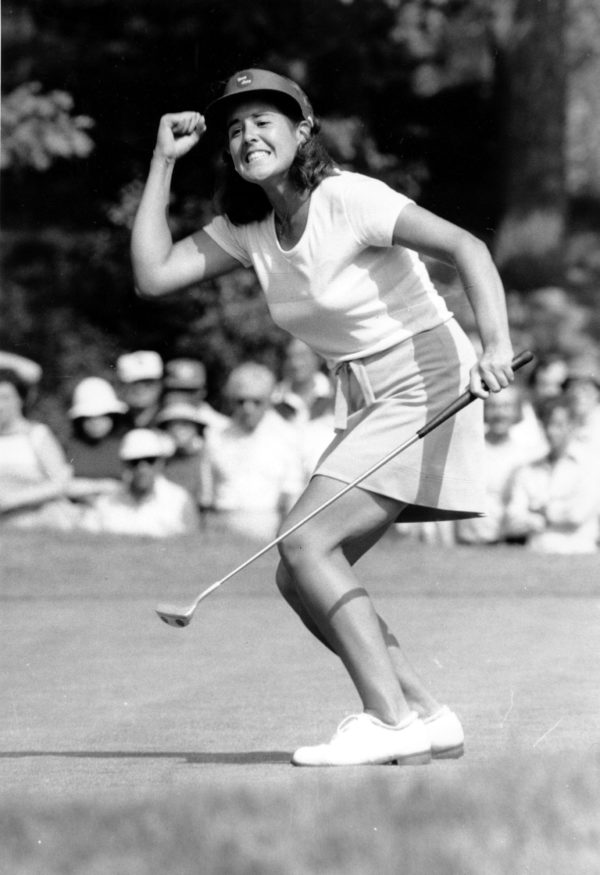 The first team captain for the first Solheim Cup in 1990, Kathy Whitworth was born on September 27, 1939. She holds the record of the most LPGA victories with over 88 Tournaments under her belt.

Kathy was inducted into World Golf Hall of Fame by 1975 and was named “Golfer of the Decade.”

Kathy was the first player in all of LPGA History to reach the one million dollar mark. She was able to win the St. Petersburg Open five times and is one of the four LPGA players to do so. 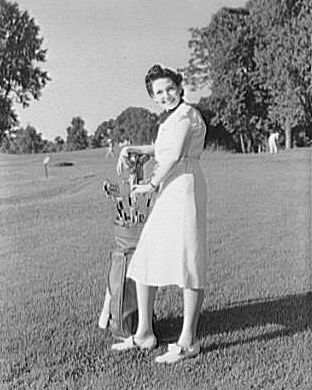 An all American athlete, Babe started out playing other sports before she joined the world of golf. Born on June 26, 1911, was an Olympian who won two gold medals for track and field.

Babe joined LPGA in 1945. Five years later, in 1950, Babe was able to finish the Grand Slam with three major tournaments, the Titleholders Championship, US Open, and Women’s Western Open.

This feat made her the top of the money list. In that same year, she won ten tournaments in just a span of twenty days, a record that she still holds today.

She was also the fastest player to snag 30 victories in a span of five years and twenty-two days. 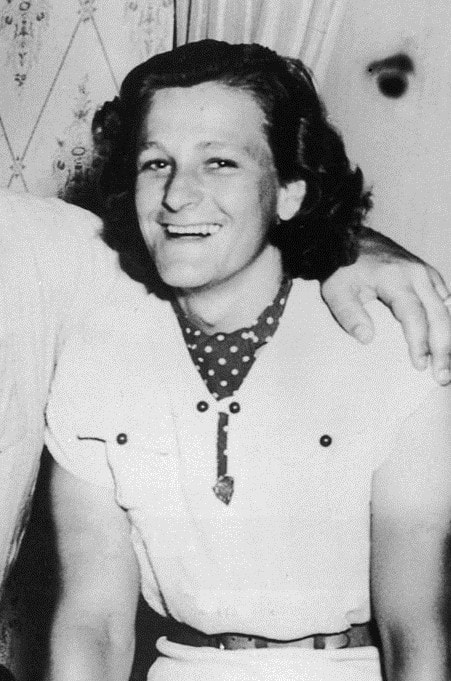 Born on February 14, 1935, Mickey is a retired professional golfer and a part of the World Golf Hall of Fame. In 1955, Mickey joined the LPGA Tour.

In her golf career, she was able to win 82 victories, just placing second behind Kathy Whitworth who won LPGA tournaments eighty-eight times.

In just a span of eight years from 1958 to 1966, Wright won all the majors she competed in. She is also the only LPGA golfer to hold four titles simultaneously. 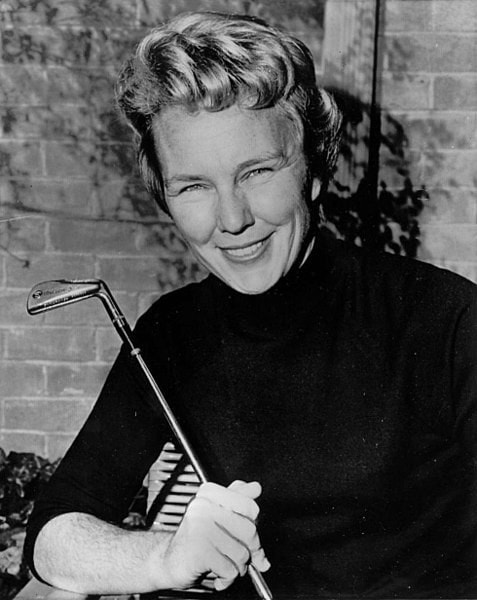 Born on October 9, 1970, in Stockholm, Sweden, Annika is the top golfer of this list.

She is a record holder, being named Golfer of the Year eight times, being awarded the Vare Trophy six times, and for scoring the lowest average of 68.69 in the 2004 season.

She is also the only woman who was able to achieve 59 shots.

Right after winning eight times in the 2001 LPGA tour, Annika continued her winning streak with a total of eleven victories in 2003. She also played against men in the PGA Tour’s Colonial Tournament, making her the first woman to play in the event since it was founded on 1946 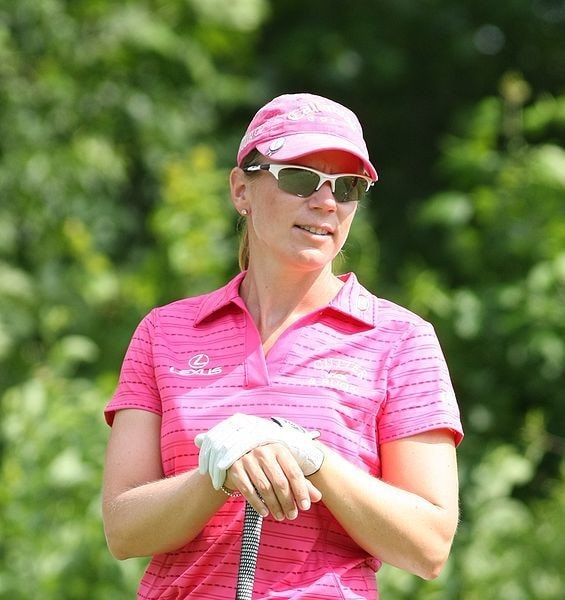